The Relativity of Reality
My Thoughts on 1984 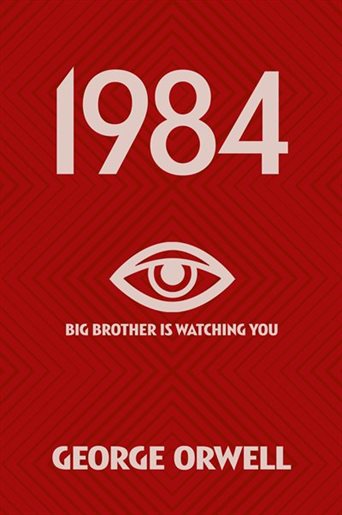 After reading 1984 by George Orwell, my thoughts were captured by the shockingly real observations that Orwell bases his dystopian reality on. If you are unfamiliar with the story, 1984 _follows the life of a man living under a crushing totalitarian regime in the year 1984, a regime unlike any that we have ever seen. “The Party” as Orwell calls it, is able to maintain a docile and loyal population for decades by rewriting historical records, controlling language and harshly punishing any thoughts contrary to the Party’s own doctrines. Through these methods, the Party is supposedly able to control reality itself in the minds of its members. What makes the story so horrifying and unsettling however, is how real Orwell makes this alternate reality seem. In a time of Amazon Alexa, and polarizing politics, _1984’s depiction of telescreens and crimethink seems all too real.

Newspeak, the official language of Orwell’s fictional world, is arguably the strongest weapon the Party has at its disposal. Essentially, the language is a restricted, controlled version of English, using a limited diction. For example, the newspeak word for “bad” is simply ungood. However, newspeak is far more than an efficient method of communicating. It was specifically designed by the Party to render unorthodox thought, individualism and free will impossible to express and comprehend for its speakers. For example, the word free in newspeak only refers to a lack of presence, as in “the dog is free from lice” or “the field is free from weeds”. It is therefore impossible to express or comprehend the idea of “freedom” when using newspeak. It is obvious to see how those seeking power can benefit from a population unable to grasp the concept of freedom. Language is a truly powerful tool. We use it every day to communicate ideas and emotions, which is what makes the idea of restricted language such a powerful one. Anyone who controls the language we use can effectively control how we think and behave through intricate linguistic tricks, like ungood. We see the idea of restricted language in our own culture with the practice of political correctness and strict social ethics dictating what we can and can’t say in public. In most countries, the freedom of speech is an unfamiliar luxury, and people can be punished for simply stating something contrary to society or the government. This relates directly to much of what we learn in IB Language, covering how language can be manipulated by writers and politicians to manipulate the listener. I didn’t truly realize the importance that language played in formulating thoughts and communicating ideas until Orwell created a world where that luxury was taken away.

After sharing my thoughts on the principles of newspeak, my attention is drawn to another doctrine used by the Party to control civilian thought. Thoughtcrime is the crime of thinking anything contrary to the ideas of the Party, and of Big Brother. Thoughtcrime is enforced through the use of government surveillance through telescreens and thoughtpolice spies. As it is explained in the book, what makes the Party different from every other totalitarian regime in history, and what makes it so successful, is the Party’s complete control of the population, even dictating what they think. The line of reasoning goes that history is a story of uprisings and revolutions, but control is maintained when revolutionary thought is rendered impossible. The idea of complete totalitarian control over all free thought is a horrifying one, but also a terrifying close one. While today’s governments and politicians may not use telescreens to keep tabs on the population, the widespread use of propaganda, fear, and power to control the behavior and thoughts of the population is a very real threat.

As I touched on in the last paragraph, Big Brother was not content physically controlling his population. He wanted to control reality itself. This brings us to our third newspeak term, and arguably the crux of the entire novel. Doublethink is how the population can maintain a complete, unwavering mental allegiance to the party, even when faced with contradiction. But how does Big Brother use this phenomenon to “control reality”? In one particularly powerful scene from the novel, a Party Member tortures our hero for months on end, asking him “does two plus two equal five if the Party says it does?”. It was not enough for him to say that two plus two equals five, he must truly believe it, which he eventually did with unwavering conviction. This extraordinary display of the Party’s power over the mind of the individual asserts the idea that reality is relative. If everyone completely believes that something is true, then is that something a reality? Even if that something is as absurd as two plus two equals five? It brings to mind the age old question, if a tree falls in the forest and noone is around to hear it, does it make a sound? Reality is relative. This idea is the main, horrifying motivation behind the evils of the Party. Controlling physical objects was no longer enough, raw power only belongs to the man who controls reality itself. As our hero’s torturer stated, “I have the power to rise from the floor like a soap bubble, simply because we both believe it”. So how does this sickening image relate to our own world? When I hear the word doublethink, my thoughts go to the millions of people around the globe who are completely, unwaveringly controlled by doctrines and ideologies contrary to reality. The clearest example of this is within the doctrine of radical islamic terrorism. Thousands of people around the globe so easily forsake reality’s conception of morality in the belief that a higher power calls them to slay innocent lives. How can one live on this Earth, and believe in a God while simultaneously taking the lives of the innocent? The same way someone can believe that two plus two equals five.

After reading 1984, I was shocked by the horrifying realism of Orwell’s dystopian world. The principles of Newspeak, Thoughtcrime, and Doublethink seem inevitable, if they aren’t already here. More importantly however, 1984 led me to look deeper into our own reality. How precious language is and how it can be manipulated. The importance of freedom of thought, and how it is being taken away by group thought and mob mentality. And finally, how we all experience our own realities, that are removed from what truly exists. I believe that 1984 can serve as a warning to ourselves, and to our future generations. Freedom is the most important possession we have, but we need to protect it from those seeking power. It is not money or influence that rules the world, but power. It is only through free expression and thought that we can assure that 1984 does not become a reality. That would be doubleplusungood.